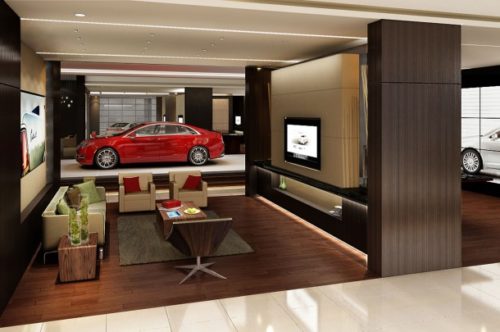 My maternal grandmother lived with my mom, my brother, and me until I was about fifteen years old, when she suddenly passed away from complications resulting from a stroke. She was an amusing woman to be around — her personality was an interesting blend of old world sensibility and shocking racism. Grandmom had a degree from the Philadelphia College of the Bible, and could quote chapter and verse to you, and then curse you out for leaving socks on the floor seconds later. But the one thing that I remember the most about her was that she kept a large tin of buttons in her room.

If you had a jacket or a shirt that was missing a button, Grandmom would slowly shuffle over to her chest of drawers, pull out her tin, and carefully dig until she found an exact match — which she always had. One day, I asked Grandmom Mary Ellen why she had all of these buttons, some of which were clearly decades old.

“When I was younger,” she said, “we saved everything. You never knew if you’d be able to find those things again if another depression hit.

“Cotton from medicine bottles. Newspapers. Scrap metal. Cardboard. And then we’d find ways to reuse it. The economy came back from the Great Depression, but my parents never did. I guess I still have some of their habits.”

Okay, Bark, you’re over 200 words into an editorial, and you haven’t said a thing about cars yet. But hear me out. Everybody thinks that this “blip” in the economy is going to shift the way that people buy cars, that the online shopping model will become the new normal. Perhaps we’ll even see the death of the franchise model, and direct-to-consumer sales will start happening.

Your Uncle Bark knows better. Click the jump to see how my conversations with dealers have led me to believe that the car buying business is going to change — but not for the better. Just like those hoarders who lived through the Great Depression, manufacturers, dealers, and buyers will likely have their behaviors changed for good by this… I can’t use the politically charged language I’d like to here. We’ll call it a crisis.

You know how Madonna just kept putting out records for a long time, even when it was clear that she didn’t have anything new to say? Record execs liked Madonna (and Aerosmith, and Prince) because she had a pretty solid base of customers who would buy anything she put out. It was always safer to release a Madonna record that would absolutely sell a million copies than take a risk on some new act that might not sell 10,000.

Car dealers are going to do the same thing — in fact, they already have. The dealers who are thriving during this crisis are using a combination of Customer Relationship Management (CRM) tools and online retailing to target customers who have already bought from them in the past.

Thanks to a combination of service records, loan information, and even social media behavior, dealerships have a very, very good picture of when their prior customers will be ready to buy a car. The best tools can predict this very accurately within about a 30-day window, and send out promotional offers to customers in those windows.

Rather than casting a huge net to try to catch anybody who might be interested in buying a car, dealers will be focusing more of their efforts on selling that second or third car. I personally know of dealers, especially in the luxury space, that are having record sales months right now thanks to these data mining efforts.

All of these companies have been telling dealers for years now that leads generated are no longer a good measurement of buying behavior, because people don’t want to be harassed. They’d rather just show up on the lot. Declining phone calls and emails to the dealer aren’t a sign that these websites no longer work in 2020, it’s just a sign that customer behavior has changed. Right? Right? Right.

Autotrader and Cars.com can both “prove” that a customer looked at a vehicle on their sites and then brought their mobile device to the lot. Of course, privacy laws prevent them from being able to share specifics on those customers, such as their name, device ID, or anything would actually prove that the customer had bought a car. But they love to use what I call “vanity metrics” to prove that advertising with them is worth it — Vehicle Detail Pages viewed, Search Results Pages viewed, time spent on site, etc.

“100 vehicle detail pages equals one sold car!” Hell, I’ve said that to dealers myself. We could never prove it, but it sounded great.

Welllll…now that we know that the only way that a customer can buy a car in most states is by contacting a dealer via phone call or email, dealers will quickly figure out that these third-party sites are huge wastes of money. The emails and phone calls aren’t coming from Autotrader, and they won’t. If dealers don’t immediately chop all of their classified spends and put that money directly into search engine optimization, search engine marketing, and data mining, they deserve to die.

Sports cars are on life support, and the plug is likely to be pulled.

As I’ve told you over and over and over again, the true customer of the manufacturers is not you — it’s the dealer. The dealer is the one who provides feedback through his regional rep to the OEM about what’s selling and what isn’t, and when he’s forced to take on slow-selling inventory in order to get more small CUVs and full-sized trucks, he gets pissed off.

Now consider that we just passed 30 million unemployment claims in the US. That’s 30 million working Americans who have just realized that they are much, much closer to bankruptcy than they realized. 30 million people who probably aren’t paying many of their bills right now, including their rent.

How many of the people reading this blog post right now have filed for unemployment in the last six weeks? For many of us, it will be a long time before we do anything that doesn’t look like saving money for the next rainy day. How eager do you think we are going to be to buy expensive toys in the next couple of years, now that we know how quickly we can lose everything?

Dealers know this, and while they may have pushed for “exciting” and “sexy” on their showroom floors in recent times, they’ll be begging for “safe” and “sellable” in the near future. Which means bye-bye to any new platforms for sports cars. Mustangs and Challengers are probably safe. That’s about it.

Online retailing will see a spike, but it won’t last.

Too many of the people out there who actually have the money to buy a new car are stuck in their ways. They want to be able to test drive the car, to put their hands on the fabrics, to see the colors in person. And the generation that has some comfort with large online buying purchases (namely Gen X and Y) probably just got a massive financial kick in the ass.

Some people will love the experience of buying online, but lots of people who buy cars through online retailing now are going to have negative experiences — I’m already seeing it in the forums. The paint has swirls, the tires are worn, etc. In fact, I would venture to say that people’s desire for safety and security will likely decrease the amount of risk they’re willing to take in buying a car, even a new model, sight unseen.

And that’s not all.

The upcoming months will tell us a lot about the new future of the car business will look like. There’s no doubt that we’re all living in interesting times, but the car business is likely to be more interesting than most. The fact that even I, with nearly a decade of automotive retail experience, can’t predict everything that will happen, should tell you how murky the waters are about to get.

Stick around, send me an email, and I’ll help you get through it.