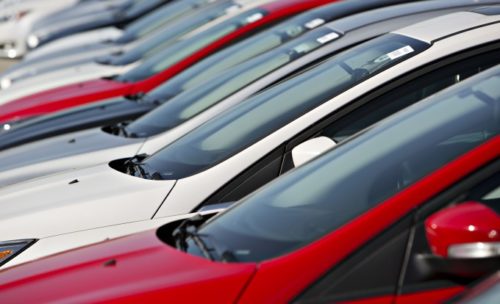 Auto financing has hardly changed at all in what seems like forever, but a shift into the digital age is starting to happen.

Several banks, working with fintechs, have automated the loan application process to allow consumers to secure financing for their next new or used car before they even go to a dealership. They can get approval within minutes from a desktop, laptop or mobile app.

It’s a potentially game-changing development that could put more car shoppers in the driver’s seat when it comes to controlling which bank or credit union finances their purchase. One of the most appealing aspects for car buyers is knowing in advance that they qualify for a loan and what the terms are.

“You’re able to have the customer apply and get a decision and process the whole loan yourself,”

BMO Harris is one of the latest banks to team up with a fintech to do digital auto lending. In early December it announced a partnership with AutoGravity, a 3-year-old fintech that connects car buyers with lenders and dealerships.

From AutoGravity’s site, consumers can shop for their car of choice, find the nearest dealership selling it and receive prequalified financing from one of AutoGravity’s lender partners, which also include U.S. Bancorp and TD Auto Finance, a unit of TD Bank. JPMorgan Chase and Santander Bank have similar arrangements with another upstart, AutoFi.

The percentage of U.S. consumers applying for auto loans online is still relatively small — roughly 5%, according to a recent survey from FICO. But just as more consumers are using mobile devices to apply for personal loans, credit cards and even mortgages, future car buyers increasingly will want to apply for financing online — before they even go to a dealership.

As it stands now, the vast majority of auto loans originate in the dealership, and it’s the dealer who decides which lender gets the loan.

Todd Nelson, senior vice president of strategic partnerships at LightStream, the online lending unit of SunTrust Banks, said that when a consumer enters a car dealership — even with a preapproval letter from a bank in hand — the dealer’s finance manager holds the keys from that point on. The finance manager contacts a group of preselected lenders and chooses a loan himself to present to the car buyer. Dealers are just as interested in selling the loan as they are in selling the car.

The finance managers are “really skilled at taking the consumer’s preapproval letter and flipping it into an indirect loan,” Nelson said. “They’re going to flip that letter nine out of 10 times.”

That could happen when a consumer walks into a dealership armed with a preapproved loan arranged through AutoGravity too. But because fintechs have partnerships with multiple lenders, they are presumably finding the consumer the best available deal.

Besides, dealers can be part of the online process as well, said Kyle Kehoe, executive vice president of sales at MeridianLink in Costa Mesa, Calif., which makes loan-automation software. Virtually all of their origination and underwriting processes are already automated, which means they could easily adapt to consumers submitting online applications.

“You’re able to have the customer apply and get a decision and process the whole loan yourself,” Kehoe said.

And that, if nothing else, should force banks to accelerate digital auto lending, either on their own or through fintech partnerships. Consumers have become so accustomed to applying for loans online they’re bewildered that this same ubiquity does not apply to car loans, said Jim Houston, senior director of automotive finance at J.D. Power.

“Consumers want to complete the foundation of the loan application prior to arriving at the dealership,” he said. “They would rather not go into a car finance manager’s office and wonder if they’ll be approved for a loan, and wonder who their lender will be.”